The UK Government has issued a press release confirming its intention to prioritise data adequacy partnerships with multiple countries around the globe. Following Brexit, the UK is now flexing its new autonomy over its adequacy regime with its sights set on moving “quickly and creatively” to explore adequacy rulings in respect of the following countries: the United States, Australia, the Republic of Korea, Singapore, Dubai, Colombia, India, Brazil, Kenya and Indonesia.

The Government highlights that these partnerships will add to the existing 42 adequacy arrangements the UK currently has in place (30 of these are with the member states of the EEA and a further 3 are with jurisdictions that form part of the UK: Jersey, Guernsey and the Isle of Man) and will build on the £80 billion of data-enabled service exports from the UK to these 10 targeted countries every year.

John Edwards, the current New Zealand Privacy Commissioner, has also been announced as the Government’s preferred candidate for the post of the UK’s next Information Commissioner, whose role will include promoting the responsible use of data to stimulate innovation and economic growth and helping the UK maintain its current equivalence with the EU’s data standards.

The announcement also confirms plans to consult on the future of the UK's post-Brexit data regime, including on changes to break down barriers to innovative and responsible uses of data, with the aims of making the UK’s data regime “more ambitious, pro-growth and innovation-friendly” alongside “secure and trustworthy”. The Government believes improved data sharing can help deliver more agile, effective and efficient public services and help make the UK a science and technology superpower.

The Government alludes to data adequacy partnerships with countries or sectors which have high data protection standards, which would certainly represent a novel approach. Given its new autonomy, one of the key issues for the UK to manage will be implementing its own priority adequacy arrangements whilst simultaneously maintaining its current adequacy status with the EU. Although the latter constitutes a four-year arrangement, any earlier changes would have sizeable, adverse ramifications for cross-border data flows.

This article drafted by Brandon Wong and David Varney 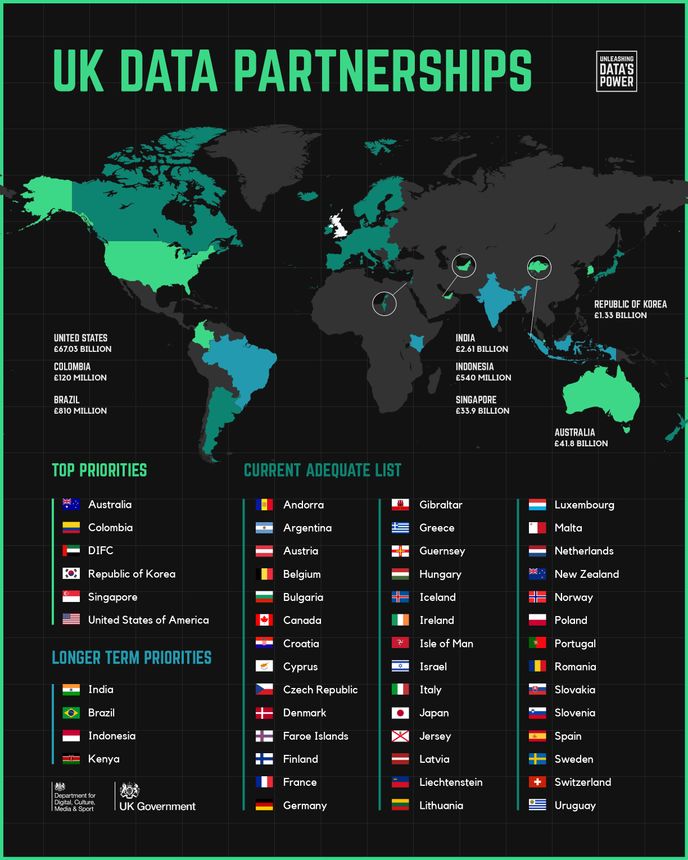 Artificial Intelligence, Innovation and Inventorship – Can AI be an Inventor?
David Varney