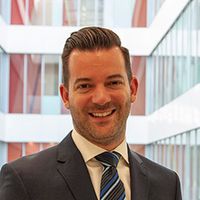 The Office of National Statistics has reported that the rate of marriages is declining and over the last 40 years there has been a reduction in marriages by one third. The corollary is that more people are now choosing to live together and have families outside of marriage.

Most couples, whether married or not, give little thought to what might happen in the event their relationship breaks down. However, the protections in place for married couples is starkly different to that for unmarried couples.

When a married couple divorce, if they cannot reach an agreement about financial matters there are laws to protect the financially weaker party. However, when cohabitants separate there is very little protection available.

Only a few weeks ago I advised a female client whose relationship had broken down after 30 years. She, like many others, thought she would be protected as a ‘common law wife’. Sadly, there is no recognised concept in English law. Although she had raised two children (now adults) and given up her career to do so, she had no entitlement to maintenance (alimony) or a share in the home she lived in (at least not without a long, costly and high risk legal battle).

Reform in this area is long overdue. Whilst the Government is busy dealing with the Covid-19 crisis, the ONS figures demonstrate that more and more people are likely to be affected by the lack of protection currently available for cohabitants. I hope the Government will take the issue seriously and tackle it sooner rather than later.

Marriage rates for opposite-sex couples are now at the lowest level on record. This continues a gradual long-term decline seen since the early 1970s, with numbers falling by a third over the past 40 years.