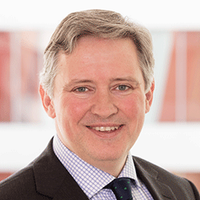 The recent case of Davies v Ford [2020] EWHC 686, has emphasised the need for Directors to avoid conflicts of interests when offering to provide services in the same field as their companies, even if their companies are unable to themselves provide that service.

This principle is vital for Directors to consider, including where their companies sponsor pensions schemes. Trustees may also need to bear in mind this duty of Directors as a key feature of their negotiations. These duties exist in addition to the moral hazard regime. Trustees may be in a position to challenge Directors based on Davies v Ford where Directors seek to prefer their own commercial interests over and above their fiduciary duties to their companies, creditors and other stakeholders.

The Judgment however confirmed that the duty of the Directors of GBRK to account for their profits applied despite the financial limitations of GBR, holding that: "[otherwise]  a director who diverted a business opportunity from a solvent company would be liable to account, but a director who diverted the same opportunity from an insolvent company would not.  That cannot be correct."

In short, in addition to the powers of trustees under their Rules, and also the moral hazard powers of the Regulator- the duty of Directors to account for profits arising due to conflicts of interests has been reconfirmed as an important matter to consider.

Davies v Ford 2020 a fiduciary cannot escape liability by saying that the benefit acquired in breach of duty was not one the principal could have acquired or exploited." EWHC 686

The Pensions Regulator says its vital to support businesses through the crisis as 500 firms fail to make pension top ups. He stressed that any pensions affected would be supported by the UK's Pension Protection Fund. #pensions #retirementplanning https://t.co/X39B5KaAXw

Still open for new business despite Covid-19, The Pensions Regulator has restored NOW: Pensions to its list of schemes available to small employers https://t.co/3kofQjouS7

The Pensions Regulator has helpfully pulled together all its Covid-19 information in one place. Keep informed here:#pensions https://t.co/Zo0AnR8aBo

Rayne: our experience of the first virtual planning inquiry in England and Wales
Sarah Sutherland