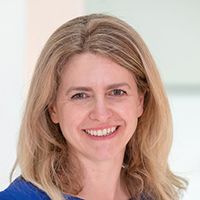 Achieving Net Zero is going to involve thinking outside the box and making some big calls. The possibility of the self-funded electrification of the motorway network for HGVs – a so-called ‘e-highway’ - appears to be just such an emerging opportunity. It brings a fascinating interplay between established technologies in electrification and the electric vehicle agenda, with autonomous vehicles in the mix as well.

The concept is set out in a government-funded paper just launched, which argues that an electric long-haul freight network is “essential if the UK is to achieve its Carbon budgets through to net-zero GHG emissions by 2050”.

Produced by the Centre for Sustainable Road Freight (SRF), the paper argues for the implementation of a nationwide Electric Road System (ERS). Of the available ERS solutions, an overhead conductive transmission system is recommended. This technology, which is already commonplace in the railway sector, would involve overhead catenary cables on the inside lane and adapted lorries with an extendable rig (known as a pantograph). This pantograph would rapidly connect and disconnect to the electricity supply, as needed, to power the lorry’s electric motor and recharge an on-board electric battery.

A three-phase plan to electrify 65% of all HGV routes in the UK is estimated to cost £19.3 billion and could apparently be completed by the late 2030s. The SRF is keen to emphasise what it sees as a strong business case for the scheme; according to the paper, the system would be self-sustaining and could be entirely privately funded, with the investment in electrification infrastructure paying for itself within 15 years.

An ERS has already been shown to be viable and adaptable across a range of road layout scenarios. The Swedish government implemented the world’s first trial of overhead line ERS technology on public roads in 2016. The German government has since spent over £62 million (€70 million) on its catenary programme across three main sites, demonstrating that the majority of the system can be constructed from the hard shoulder and outside of the road boundaries, without any closures of the electrified lane.

The advantages of an ERS in comparison to other long-haul freight solutions include its low energy consumption and emissions, very low energy cost, and its ability to be widely deployed and scaled within a relatively short period of time. Its infrastructure would be complementary to 5G and autonomous vehicle technology, and it would also raise electricity tax revenue for the Government that could replace fuel levies on HGVs. In contrast, battery electric vehicles are unlikely to be practical for long-haul journeys due to the very large batteries that would be needed. Equally, whilst there is increased interest in hydrogen fuel cells at the moment, the paper points to current limitations in hydrogen solutions for HGV.

The paper concludes that “Overhead catenaries and compatible HGV’s are the most energy-efficient and cost-effective solution to fully decarbonise the UK’s road freight network”.

The SRF, which is a collaboration between Cambridge and Heriot-Watt Universities and organisations in the freight and logistics sectors (including John Lewis, Tesco, DHL, Wincanton, Volvo, Goodyear, and Firestone) is recommending that a pilot project is undertaken at an estimated cost of £80 million.

electrifying our major roads to quickly and cost-effectively decarbonise HGVs