In Part 1 of our blog on the Planning White Paper, my colleague Hannah Mannion summarised the proposed reforms to the English planning system. One of the proposals attracting the most attention is the proposed use of land zoning. So what exactly is being proposed?

The White Paper state that the Government will streamline the planning process by:

"Simplifying the role of Local Plans, to focus on identifying land under three categories – Growth areas suitable for substantial development, and where outline approval for development would be automatically secured for forms and types of development specified in the Plan; Renewal areas suitable for some development, such as gentle densification; and Protected areas where – as the name suggests – development is restricted. This could halve the time it takes to secure planning permission on larger sites identified in plans. We also want to allow local planning authorities to identify sub-areas in their Growth areas for self- and custom-build homes, so that more people can build their own homes."

Local Plans would then "set clear rules rather than general policies for development. We will set out general development management policies nationally, with a more focused role for Local Plans in identifying site- and area-specific requirements, alongside locally produced design codes."

The Paper envisages 'Growth areas' as including land "suitable for comprehensive development, including new settlements and urban extension sites, and areas for redevelopment, such as former industrial sites or urban regeneration sites." Renewal areas' are stated as being "existing built areas where smaller scale development is appropriate" such as 'gentle densification', infill and small sites. 'Protected areas' would include areas where traditionally development is not supported, such as Green Belt, Areas of Outstanding Natural Beauty, Conservation Areas, Local Wildlife Sites, areas of significant flood risk,  important areas of green space, or open countryside.

The Government intends for Local Plans to take the form of an interactive web-based map, with areas colour-coded, and the key and accompanying text setting out suitable development uses and limitations on height/density. Sub-areas would be allowed, recognising that there may still be a need for some distinction within Growth and Renewal areas.

As noted above, in Growth areas outline planning permission for development uses identified in the Local Plan would be granted automatically upon adoption of the Local Plan. The Paper notes an ambition for detailed approval to be streamlined, with faster consent routes. Three potential routes are identified:

The potential for new towns, which often face land assembly difficulties, to have access to DCOs under the Nationally Significant Infrastructure Projects (NSIP) regime, which allows for planning and other approvals and compulsory purchase powers to be combined in a single DCO, is very interesting.

Currently only projects within the energy, transport, waste, waste water, water, and business & commercial sectors fall within the NSIP regime. We have extensive experience with DCOS, and in our experience the NSIP regime works well (DCOs are rarely refused), and is designed to ensure the best possible outcome for all parties.

Land zoning, if implemented, would represent a significant cultural shift away from the current planning system. While the current system and zoning are both "plan-led" the content of Local Plans would be very different.

General development management policies would be set by central Government, and while any policy document would have to be subject to public consultation, is it likely that the general public would have less of an influence over the final form of that document than they can have over Local Plans. Public involvement in the preparation of Local Plans would also become more critical, as once land is designated as being within a Growth area, the principle of development defined as 'suitable' will be established, and consultation on detailed approval will focus on other issues, such as design and site-specific technical issues.

Zoning is used already in parts of Europe and the US, and typically involves hugely detailed Frameworks or Codes, which contain highly specific rules about suitable uses, the mix of uses, and matters of design. To ensure that the proposed zoning system works to the best of its ability, the level of detail which will be required in national development management policies and in Local Plans will be significantly more than is currently provided for. It is arguable whether this will be possible unless there is substantial financial investment in our planning system and local government.

A move towards a rules-based, less flexible, zoning system means that the importance to developers, promoters and landowners of having their site included within a Growth or Renewal area will be much more significant than having a site allocated in a Local Plan under the current system. However, once a Local Plan has been adopted, the certainty which having the principle of development clearly established will be of huge benefit to developers.

The proposed land zoning system has a number of pros and cons. Implementing such a system would certainly be a highly complex undertaking for central and local government.

The proposal would create more certainty for everyone at an early stage of the planning process, but the current level of flexibility in the system would be missed.

Implementing a zoning approach to planning will require significant time and financial investment, and it is to be hoped that the Government will invest as required if it decides to take this proposal forward.

At the opposite end of the scale is the German zoning model, which promotes mixed use, with detailed frameworks agreed at federal level, while states and local authorities retain powers to make specific provisions. Every block is carefully masterplanned in advance, specifying the exact mix of uses, massing and open space, providing certainty to developers about what is allowed. In order to provide that certainty, a huge amount of detail has to be worked out in advance – far more than is contained in an English Local Plan, documents which take councils several years to compile as it stands. It is hard to imagine how any zonal system could possibly be the silver bullet to “get the country building” any quicker. 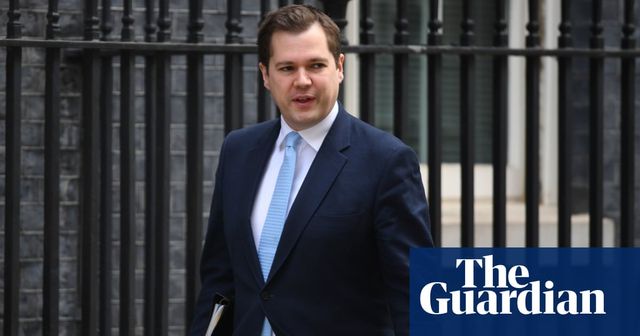 At what cost? The (lack of) power of the Upper Tribunal to award costs in CAAD appeals
Lynsey Reid

Beauty, quality and design: planning decisions to be informed by a new vocabulary
Lynsey Reid