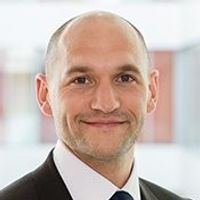 In our latest "Perspectives on Infrastructure" interview, I found it really reassuring to read the thoughts of Sinéad Walshe of Aviva Investors on Aviva's current activity (they're busy) and its long-term strategic view of its asset portfolio #ViewsOnInfra.

As part of that look ahead, Sinéad is absolutely clear that the UK Government aspirations for a national infrastructure renaissance are positive but will need to be matched with funding.

Given the huge increase in public debt during the pandemic, the need for clarity in relation to private sector involvement (and in particular private finance) as part of the UK Government's infrastructure plans is critical.

As Sinéad notes, success will be linked to the delivery of new PFI models to harness private investment. What this looks like is, as yet, unknown. However, it is likely that a uniform singular model may not be favored and that we are more likely to see a varied mix of funding models applied differently across the sectors, including:

* Wider use of Regulated Asset Base (RAB) models - potentially beyond energy to road projects if road user charging is to be implemented?