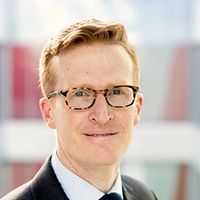 The new statutory instrument is intended to supersede the two 2019 SIs of the same name, which were prepared for a potential no-deal exit at the end of last year (SI 2019/560 and SI 2019/623) and will implement a number of changes to primary and secondary procurement legislation, as provided for by the EU Withdrawal Act 2018 and the EU (Withdrawal Agreement) Act 2020 (WAA).

By way of a quick recap, although the UK has left the EU, due to the WAA, the UK is still required to adhere to most EU procurement rules during the transition period. However, after the transition period, a new body of UK law will be created referred to as “retained EU law”. This means, for the most part, the rules around how certain public contracts should be tendered for and awarded and the general under-pinning principles of non-discrimination, equal treatment and transparency will not change. Equally the prescribed remedies for breaches of the rules will remain available.

What is being discussed currently, however, is how the retained EU law might be amended going forward. PPAR 2020 is the first step in this regard and has been drafted to make the initial changes necessary to domesticise procurement law. For example, dependencies on EU institutions within the PCR 2015 have been removed, such as substituting references to the OJEU with the new UK “e-notification service” (known as Find a Tender) and passing responsibility for reviewing thresholds (e.g. for supply/services/works contracts) to the Cabinet Office.