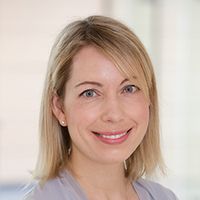 ShareAction, a charitable organisation committed to promoting responsible and sustainable long-term investment, proposed a new Responsible Investment Bill to MPs at an All Party Parliamentary Group on Sustainable Finance earlier this month.

The proposed Bill looks to compel fiduciary investors like pension trustees to consider ESG (environmental, social and governance) factors as part of their legal duty to act in the "best interests" of beneficiaries. This has been expressed as being about ensuring there is a world “worth retiring into”. MPs have been urged to consider the Bill closely as pressure increases on governments around the world to mount an adequate and proportionate response to the global climate emergency and other sustainability challenges.

Australia is widely viewed as one of the pioneers of ESG integration, despite the much publicised climate change scepticism of the current Government. Responsible investment reportedly accounts for 37% of Australia's total $3,155 billion market in professionally managed assets compared to between 25-30% for the UK at the back end of 2019. This is in spite of the fact that, while the law in Australia permits engagement with ESG risks in decision-making, managers are not legally required to consider ESG factors. Instead, the Australian approach has been broadly industry-led up to this point, based primarily on widespread shareholder engagement and a three pronged approach to responsible investment: promotion of ESG integration, screening that rules investments "in or out" and "impact investments" that actively invest for positive social or environmental outcomes. The contrast between the UK and Australian approaches could be made even sharper in light of the proposed superannuation reforms which could take effect in Australia from July 2021. If made effective, these new laws would strengthen the obligation of trustees to act in the best financial interests of members. Any reference to the importance of ESG considerations as part of members’ “best interests” is conspicuous by its absence and this provides a clear and interesting point of difference from the proposed Bill in the UK.

Australia also has a unique "two-strikes" rule. This allows shareholders to express displeasure with a firm by voting against the remuneration report at an annual meeting. If this occurs for two consecutive years, it triggers a vote to change the board. In a recent case launched by a young member, a large Australian pension fund has reportedly settled on terms that it will align its portfolio to achieve zero net carbon by 2050 and to report against the Task Force on Climate-Related Disclosures (TFCD) standards.

In the UK, 2020 has so far has seen record investment into responsible investment funds, with over £7 billion invested into funds which consider their wider impact on the world. If it were to become law (or trigger similar such legislation), the Responsible Investment Bill would no doubt encourage this trend to continue by imposing more stringent reporting and compliance requirements on pensions schemes, including a trustee requirement to publish policy statements outlining their understanding of the ESG benefits of their investment portfolios. The FCA and TPR would be charged with supervising the compliance in the UK, mirroring recent steps taken by similar organisations in Switzerland and The Netherlands. As if they didn’t have enough to do already….! Realistically, though the Bill pushes responsible investment further into the Parliamentary and public consciousness, it stands little hope of being passed. The Government will instead wish to see instead how the ESG measures in the Pension Schemes Bill and the mandating of reporting against the TFCD work out in practice. Time will tell how this less direct approach will work.

This post was written with the assistance of Tom Needham.

Our Responsible Investment Bill sets out a vision for a clearer and stronger role for our financial system within society and the economy.