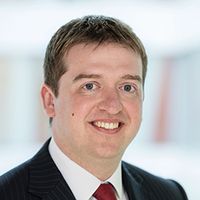 The Pension Schemes Act received Royal Assent on 11th February, over a year since it was first announced in the Queen’s Speech in October 2019. This is a significant piece of legislation which aims to improve scheme standards and protect savers, and notably grants increased powers to the Pensions Regulator (TPR), partly in reaction to recent high profile instances of DB scheme failures.

The Act has a particular emphasis on protecting the interests of members whereby TPR will be able to issue civil penalties of up to £1 million, as well as enforce three new criminal offences to hold employers (and others) accountable for activity which impacts on pension schemes. Additionally, trustees will have new powers to challenge or block transfers in an attempt to combat the increasing number of pension scams.

Scheme funding has also been addressed with the introduction of a requirement for trustees to set a funding and investment strategy for the scheme (referred to previously as the long term objective (LTO)). Furthermore, trustees will be required to produce and report disclosures on climate change risk – and may (subject to future regulations) be required to take account of climate change risks and to take mitigating steps.

The Act also introduces Collective Defined Contribution, a new style of pension scheme that allows for some displacement of investment volatility as trustees are able to vary benefits for individuals according to the scheme’s performance. The Act also establishes the legal framework for the creation of a new digital pensions dashboard which aims to make it easier for members to plan and review their retirement income.

The Act’s emphasis on protecting members and savers, and heightened TPR powers, marks a significant new era in pensions legislation. A wide ranging Act, even though we could have seen further legislation for superfunds and GMP equalisation….but you can’t have it all.

“The Pension Schemes Act 2021 provides a strong package of measures to further protect UK pension savers. We are extremely pleased to see it become law and have worked closely with the Department for Work and Pensions to develop effective proposals that will make a real difference to savers."

Government consultation on TCFD for LGPS - What it could mean for LGPS funds and pools.
Michael Hayles

Every McCloud has a silver lining
Michael Hayles