It can sometimes be difficult to ascertain within which Use Class a particular use should fall.

The descriptions of each Class set out in the Town and Country Planning (Use Classes) (Scotland) Order 1997 are brief, and don’t always reflect the myriad uses to which buildings or land can be put. One particular query which often arises is which Use Class applies to children’s care homes. Often a number of children will live in a house, with care provided by a rotating staff, none of whom reside in the house themselves. Last month, the Court of Session provided helpful commentary on this point. The Court also provided useful guidance on the application of Planning Circulars.

Alastair MacIntyre and Patries MacIntyre and others v The Scottish Ministers [2021] CSIH 10 was a statutory appeal by neighbouring to the Court of Session Inner House against a Reporter’s decision to grant a certificate of lawfulness of a proposed use or development (“CLOPUD”) for use of a residential property (Dumbrock House) as a house for up to four children with 24-hour care.

The Application and Appeal to Scottish Ministers

Care for the children was to be provided on a shift basis, with three staff members on each shift, and a staff member sleeping over each night. In refusing the CLOPUD application, the Council had taken the view that the proposed care provisions would add three additional occupants on a 24 hour basis, bring the total number of residents to 7, and falling outwith the scope of Class 9. The Reporter considered whether the staff members should be defined as “residents”, and whether the presence of carers would amount to a material change of use. Noting that the Order distinguished between the “residents living together” and the care being provided, the Reporter concluded that the carers would not be resident “as they would only attend the premises to work on a shift basis. The house would not be their residence even although the care would be provided on a 24 hour basis.” The proposed use of Dumbrock House therefore fell within Class 9. The Reporter found that the Council’s conclusion that the proposed use would be unlawful as not well founded, and granted the CLOPUD.

The Appellants, who had objected to the application, appealed the Reporter’s decision to the Court of Session.

Appeal to the Court of Session

The question for the Court was whether the proposed use of Dumbrock House feel within Class 8 ‘Residential Institutions’, or Class 9 ‘Houses’. Class 8 includes use “for the provision of residential accommodation and care to people in need of care other than a use within class 9 (houses)”, while Class 9 includes use “as a house, other than a flat, whether or not as a sole or main residence, by… not more than five residents living together including a household where care is provided for residents.”

The Appellants appealed on the grounds that the Reporter had misapplied the Order and guidance in Planning Circular 1/1998 ‘Use Classes’ by not including the carers when determining the number of residents for the purposes of Class 9, and that the Reporter had failed to explain why four children could be regarded as forming a single household. The Court of Session refused the Appellants’ appeal, and upheld the Reporter’s decision.

The Court considered that primary use described in Class 9 was “use by not more than five residents living together”, the word “including” make provision for a sub-class of such use where care is provided. The Circular’s guidance in relation to Class 9 refers to use by people “living together as a single household”, and suggests that in the case of small residential care homes staff and residents will probably not constitute a single household, and the use “…will, therefore, fall into the residential institutions class, regardless of the size of the home.” However Class 9 itself does not state that residents must live together as a single household. The Reporter had touched on the inconsistency between the 1997 Order and the Circular, and the Court stated that: “Paragraph 36 of the Circular puts a gloss on the terms of the Order which is in our view quite unwarranted, and appears to proceed on the basis of a misinterpretation of the wording of the Order.”

Reference was made by the Appellants to the provisions applicable in England. Class C3 of the Town and Country Planning (Use Classes) Order 1987 is broadly similar to Class 9, but does include reference to people living together “as a single household”. However, the Court noted the difference in the definition of the word “care” in both Orders, and the fact that the Scottish provisions do not use the term “single household” at all, and concluded these “significant differences” meant the English authorities were not of assistance. In relation to the guidance set out in the Circular, the Court noted that “This guidance might perhaps assist those looking at the English Order, but we can find no support for it in the Scottish Order.”

The Court was clear that Planning Circulars are just guidance. While they may be a material consideration in the exercise of planning judgement, “…a Government Circular cannot supersede statutory provisions passed by the legislature, nor can it restrict, qualify or extend statutory provisions.” The Circular itself acknowledged that while it provided guidance, only the courts could interpret the law authoritatively. In this case, the Court did not agree with the Circular’s guidance in terms of its references to a “single household” being required for Class 9 to apply.

The Court concluded that the Reporter’s approach in disregarding carers when determining the number of residents was “consistent with and correctly applies the Order.” The Court also said that it was inclined to view the single member of staff for whom sleeping facilities were provided could not be defined as a “resident”, and that even if that was not correct, the total number of residents would still be only 5, with the use therefore falling within Class 9.

This case clarifies the law in relation to the application of Class 9 to children’s care homes, although it does leave room for doubt as to whether carers who sleep over should be classified as “residents”. Given the small number of residents involved before a use falls outside the scope of Class 9, this is a question that may require resolution sooner rather than later.

The Court’s commentary on the Circular, and its application as guidance, echoes the Court of Session in Aberdeen City and Shire Strategic Development Planning Authority v Elsick Development Co Ltd [2017] UKSC 66, and this appeal certainly acts as a cautionary tale on relying too heavily on what is stated in a Circular at the exclusion of the legislation.

This case, and many others, will be discussed in our upcoming Scottish Planning Case Law Update webinar – click here to sign up. 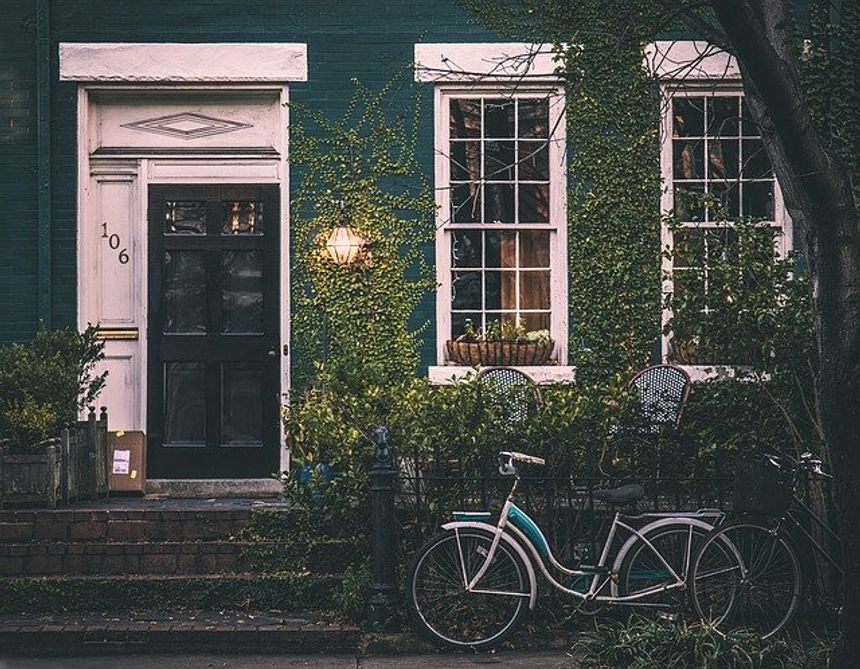