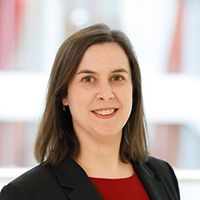 On 13 April 2021, the FCA published a speech by Nausicaa Delfas, FCA Executive Director of International and Interim Chief Operating Officer, on the FCA's approach to regulating the UK as a global financial centre.

It was encouraging, albeit expected in light of political focus in the lead up to this year’s COP26, to see sustainable finance appear as a strong theme throughout the speech, highlighting the FCA’s concentration and commitment to this.

Likely to be of particular interest to those of us focussed on sustainability, Nausicaa confirmed that :

This initiative will support the wider drive to increase long term, patient, sustainable and climate-friendly investment in our real economy.

The working group is expected to run for six months, to mid-2021, with the structure launched this year. While full details of the Long-Term Assets Fund are awaited, it appears that the regime will have a strong sustainable and climate-friendly inclination.

Financial markets will have a crucial role to play in making the transition to a carbon neutral UK, and as the supervisor of these markets, we intend to play our part.

The introduction of rules aligning with the recommendations of the Financial Stability Board's Task Force on Climate-related Financial Disclosures (TCFD) for premium listed issuers, which came in to force on 1 January 2021, was highlighted. It was noted that the FCA were looking to consult by mid-2021 on proposals for TCFD-aligned disclosures by asset managers, life insurers and FCA-regulated pension providers.

With the build up to COP26, due to take place this November in Glasgow, there is an increasing awareness of and market support for the UK and Scottish governments’ commitment to achieving net zero and an understanding of the financial sector’s role in achieving that. That the regulator has now been instructed to formally integrate net zero considerations into its regulation suggests that 2021 will see new rules being implemented to focus further attention in that way.

Financial markets will have a crucial role to play in making the transition to a carbon neutral UK, and as the supervisor of these markets, we intend to play our part