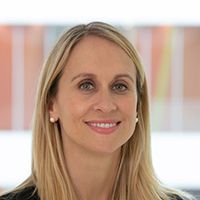 Recently the Pensions Ombudsman in the case of Mr D and others (CAS 27382-Q6L3) dismissed a complaint brought by pre-2002 members of a DB pension scheme who were unhappy with the Trustee's decision to change their accrual rate for benefits under the scheme from 1/60th to 1/70th, in line with post-2002 members.

Although the Ombudsman empathised with the members’ frustration, he did not uphold the complaint.

Fundamentally, the Ombudsman said that it was not for him to decide whether the Trustee’s decision was the right one. The Trustee had a wide level of discretion and that the question the Ombudsman had to consider was whether the Trustee had reached its decision by following a reasonable decision-making process in line with the famous Edge principles (deriving from the case of Edge v Pensions Ombudsman [1999] EWCA Civ 2013), namely:

The Ombudsman’s adjudicator was satisfied on all accounts. Firstly, the Trustee had directed itself properly in law both from a statutory perspective and from a scheme rules perspective by (i) ensuring that the 1/60th accrual rate would still apply to all applicant members’ benefits accrued before the change in line with s67 of the Pensions Act 1995 and (ii) seeking actuarial advice prior to exercising its power of amendment as required under the scheme’s rules.

Thirdly, the Ombudsman was satisfied that the Trustee asked the right questions. It had considered numerous options first and then sought feedback on the option which it considered most appropriate as part of a consultation.

Ultimately, the Ombudsman held that the decision-making process was within the Edge principles criteria.

On the one hand then, this case demonstrates the difficulty in over-turning a trustee’s decision, on the other, it is a clear reminder to trustees that they must have a robust decision-making process in place especially when it comes to the more complex discretionary decisions that affect members’ benefits.

As pensions lawyers, we are often asked to advise on such decisions. If you have questions on decision-making or any of the topics raised in this article, please do get in touch with your usual Burges Salmon contact.

It is not for me to decide whether the Trustee's decision is the right one. The Trustee has a wide level of discretion in the exercise of its powers. The question I have considered is whether the Trustee reached its decision following a reasonable decision-making process. Anthony Arter, Pensions Ombudsman, 17 March 2021