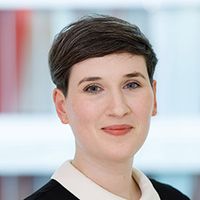 In this guest post my colleague Danny Whittle offers his thoughts on the Secretary of State’s decision to grant consent to reignite the furnace at the Grade II* listed Whitechapel Bell Foundry.

The Whitechapel Bell Foundry is a Grade II* listed building (with some aspects of the site being excluded from the listing) located in the Whitechapel High Street Conservation Area, part of the London Borough of Tower Hamlets. The bell foundry has historic connections with bells such as the Liberty Bell and Big Ben however its operations stopped in 2017 and have not resumed since.

Raycliff Whitechapel LLP submitted applications for planning permission and listed building consent, which were validated in January 2019. The Council’s decision to grant the applications was called in by the Secretary of State for Housing, Communities and Local Government in January 2020.

On 13 May 2021, the Secretary of State approved Raycliff’s applications and granted planning permission and listed building consent (subject to conditions) for plans to develop the Whitechapel Bell Foundry. The full decision can be found here.

To add context, Raycliff Whitechapel LLP proposed to do the following to the foundry:

Re-Form was the main opposition group to Raycliff’s application but were not successful in swaying the Inspector or Secretary of State to agree with their argument and alternative plan for the foundry site. Inspector Paul Griffiths provided a detailed report on the case to the Secretary of State to assist in the decision making with key points noted below.

Analysis of Raycliff’s plans for the site resulted in careful review of the impact of the works on the listed building. The Inspector noted that the plans have a light touch approach and will “enable an important vacant and deteriorating Grade II* listed building to be brought back into a beneficial use”.

The plans for the foundry therefore brought about heritage benefits and public benefits. The Inspector assessed whether the various benefits of the scheme outweighed the harm caused to the foundry, applying the test in the development plan and National Planning Policy Framework (NPPF).

There was interesting consideration of optimum viable use (OVU) and the interpretation of the requirement in NPPF 196 that less than substantial harm to a heritage asset must be “weighed against the public benefits of the proposal including, where appropriate, securing its optimum viable use”. This came into play because Re-Form considered that there was a viable alternative for reintroducing the bell foundry activities in a comprehensive way. The Appellant’s case, supported by the Council, was that this was not necessary on the proper interpretation of the policy given that harm was ultimately outweighed by the benefit. The Inspector agreed, and concluded that OVU was not a relevant factor in his decision. Having undertaken the ‘internal’ or ‘net’ heritage balance, he found that the limited harm was outweighed by the heritage benefits, and thus OVU considerations were not engaged.

Overall, the various benefits brought about by the regeneration of the building would protect it for years to come, whilst retaining its image through a conservation-led outlook to the plans. The Inspector therefore recommended the approval of the applications and granted planning permission and listed building consent. The restarting of some limited foundry operations and inclusion of public access elements of the proposal – both secured through planning obligations – were also important. We have seen this reflected in other recent applications, including a comparable proposal for the refurbishment of Lambeth Fire Station (decision awaited) which include a retained fire station, new Fire Brigade museum and public access to the rooftop lookout, once used to survey operations across Lambeth and the City during World War II.

The Secretary of State agreed with the Inspector’s recommendation. The level of harm to the architectural and historical interest of the foundry was at the lower end of the scale. The approach to plans for the hotel would add to the character and appearance of the conservation area to emphasise the role of Whitechapel Bell Foundry and the listed building, whilst also ensuring its overall longevity.

This decision is a good example of how heritage law and policy is not simply a matter of protectionism. There is a robust framework in place to consider, and properly test, proposals which have the potential to cause harm to the historic environment. For developers, this framework is often viewed as stymieing development, but this is not always the case.

Historic England, the Government’s advisor on the historic environment, who gave advice to the inquiry but were not a party, made this point clearly in its press release on the decision: “We believe that the proposals have the makings of a successful heritage regeneration scheme, and would provide a sustainable future for this important group of listed buildings.”

There will always be – for good reason – close scrutiny of applications for development which has the potential to harm listed buildings and other heritage assets. Indeed, the very application of the delicate balancing exercise between heritage harm and benefits has been subject to careful consideration by the Court of Appeal in the recent Bramshill decision. However, the Whitechapel Bell Foundry decision demonstrates that developers should not be put off bringing forward proposals which have the potential to make the most of our built heritage – which is, after all, one of country’s great assets. This decision should serve as encouragement to developers considering proposals which incorporate historic buildings as part of the scheme.

The issues involved can be complex, but we have market-leading experience working with developers, public bodies and heritage organisations to navigate the nuance of heritage planning law. Please feel free to contact Daniel Whittle in our Planning and Compulsory Purchase team if you have any queries concerning heritage issues. 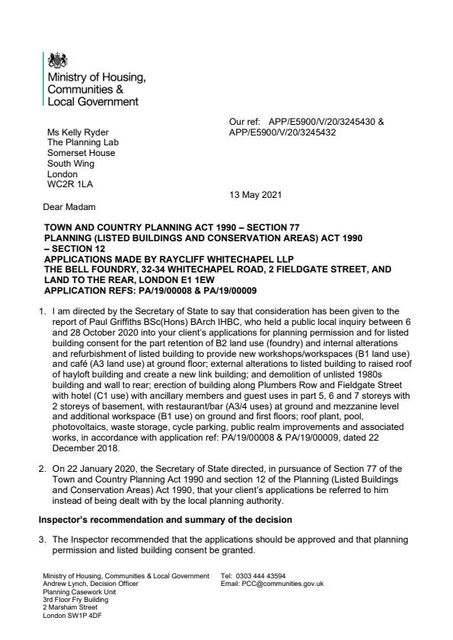