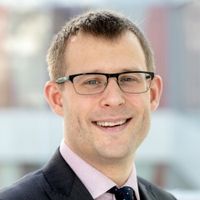 The Pensions Regulator (‘TPR’) recently agreed a settlement package for the Sanofi Pension Scheme (the ‘Scheme’) following concerns over employer covenants due to a number of corporate restructurings and inter-group debts. The settlement highlights TPR’s willingness to settle its investigations as a mechanism for resolving issues with schemes and also serves as a useful reminder (timely given the coming changes in the Pension Schemes Act 2021) to trustees and employers to consider the effects of corporate activity on their schemes’ covenants.

Sanofi SA, a global healthcare company based in France with several UK subsidiaries, undertook a number of group restructures, which caused concern for TPR over weakened covenants for the UK based Sanofi Pension Scheme due to significant dividends being paid as part of the transactions, as well as inter-group loans meaning finances were not readily accessible to employers. As at 1 January 2018, the scheme had around 16,500 members, an ongoing funding deficit of £279 million and an estimated buyout deficit of £1,692 million.

After initially seeking FSDs (financial support directions) from various group companies, a settlement was reached by which:

Approach from the TPR

The different aspects to the settlement package would appear to have significantly reduced risk for the Scheme. TPR comments that “we believe that this settlement has considerably increased the likelihood that members will receive their benefits in full and is a good example of a global group meeting their responsibility for a UK-based scheme”. The settlement shows that TPR will consider all credible settlement proposals and that meaningful settlements can be achieved.

A recent freedom of information request shows that it has used its two main anti-avoidance powers (financial support directions and contribution notices) seven times in the last five years. Our experience is of TPR being involved with significantly more schemes than that and so this shows that TPR is looking to apply its powers in a sensible way; selecting which investigations to take the course and which to settle.

Given that some enforcement cases can incur significant costs due to their complexity and can take years to fully resolve, settlement can often be a more appropriate and beneficial mechanism for resolving disputes. Our experience on numerous regulatory matters is that often the advisors’ costs can be material and that an early settlement offer (diverting money for future costs to the settlement amount) might save potential targets time and cost as well as increase members’ likelihood of receiving full benefits.

TPR has recently highlighted the factors it will take into account when choosing to settle disputes in its recently published Settlement Policy.

What does this mean in practice?

Trustees and employers will note the significant settlement achieved in the Sanofi matter. It is interesting that there had been several transactions and that the pensions scheme had received some mitigation as a result of them. The key questions for trustees in discussions with employers will no doubt be: “is the mitigation sufficient?”

If you would like to discuss corporate activity and the potential impact on DB schemes, then please contact Chris Brown, Director in our Pensions team.

...an agreement was reached that provides the pension scheme with enhanced financial support. This has, in our view, considerably increased the likelihood that members will receive their benefits in full.