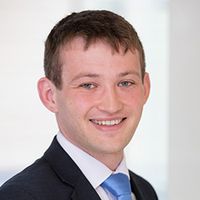 As mentioned in our last update in this area, the pandemic has seen a boom within the consumer credit market while regulatory concerns have arisen around consumer protection in the ‘buy now, pay later’ sector (BNPL). Against this backdrop, the Treasury has recently published its much anticipated consultation on the regulation of BNPL. This article details some of the main points contained within it.

BNPL arrangements typically split the cost of a purchase from a merchant into several equal amounts taken at regular intervals (e.g. monthly, weekly or fortnightly). This sector has seen particularly rapid growth in the context of lower-value consumer goods such as fashion items. Alternatively, BNPL arrangements could constitute a simple deferred payment, whereby a lender provides a period of time during which a consumer does not have to pay. In this case, payment would be taken from the customer’s account at a set time after the purchase is made, if the item has not been returned by the customer. This latter arrangement is increasingly used, again, in the clothing context and commonly referred to as “try before you buy”.

Why is this consultation being published now?

The UK's consumer credit regime dates back to 1974. Allowing a period of time for the payment of invoices has long been recognised as generally falling outside the definition of regulated consumer credit. More recently this practice has been expanded to give rise to BNPL arrangements. Given the rise in concerns about BNPL and the potential for consumer detriment, the consultation seeks views to inform final decisions about what a new regulatory framework should look like.

Article 60F(2) of the Financial Services and Markets Act 2000 (Regulated Activities) Order 2001 (the “RAO”) provides an exemption from credit regulation where the following conditions are met:

The sorts of arrangements which might fall under this exemption have traditionally included invoicing and formal agreements to pay for goods and services in instalments. It has also increasingly been used in recent years for BNPL arrangements. However, in the government’s view, BNPL agreements present greater risk of consumer detriment than, for example, invoicing and payment in instalments.

The Treasury wants to strike a balance between consumer protection, on the one hand, and the need to avoid limiting the availability and cost of useful financial products, on the other. It describes this as the “principle of proportionality”, and the remainder of the report sets out two ways in which that principle of proportionality can be achieved in the process of regulating the BNPL sector.

The first “proportionality parameter” is ensuring that the scope of the new regulations is defined as closely as possible to target products where there is potential for consumer detriment.

The Treasury has been considering two main options for drawing the boundary between BNPL and other short-term interest-free credit products:

In the Treasury’s view, the first option risks being too wide, drawing in a large proportion of short-term interest-free credit arrangements. However, the second would leave open the possibility that BNPL providers could modify their product slightly to bear similarity to short-term interest-free running-account credit that falls under Article 60F(3) (which is exempt from regulation).

The second proportionality consideration for the government is calibrating the regulatory controls that are put in place for BNPL so that they are adapted to firms' business models. This encompasses a wide range of issues.

For example, there are questions around whether the rules around advertising and promotion currently applicable to BNPL merchants need to be strengthened. The existing financial promotions regime could be extended to apply to BNPL promotions, which, in practice, could mean merchants would be required to obtain approval for promotions of BNPL products from an authorised person. Further, the consultation considers the role creditworthiness assessments should have in BNPL agreements, noting that currently there is no obligation to conduct creditworthiness either as part of onboarding or when entering into individual agreements.

The Treasury is also consulting on whether to apply certain provisions of the Consumer Credit Act 1974 to BNPL providers. These include, for example, protections for customers in arrears, joint and several liability of creditors, and an exemption for credit of less than £50.

You can read the Treasury report in full here, and the consultation remains open until 6 January 2022.