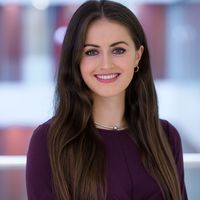 In summary, complaints relating to body image in ads (for example about adverts featuring overly thin models or modified images or for cosmetic surgery) have to date been considered under rules on social responsibility by the Advertising Standards Agency (ASA), which states that “marketing communications must be prepared with a sense of responsibility to consumers and to society”[1]. In addition, CAP's guidance on its rule against gender stereotyping tells advertisers not to suggest that a person's happiness depends on conforming to an idealised gender-stereotypical body shape:

“Ads may feature glamorous, attractive, successful, aspirational or healthy people but they should take care to avoid suggesting that an individual’s happiness or emotional wellbeing should depend on conforming to an idealised gender-stereotypical body shape or physical features.”[2]

Following a public consultation last year, CAP and BCAP have now introduced new age-based targeting rules for cosmetic interventions advertising. The new targeting restrictions will come into effect on 25 May 2022 and essentially require that:

CAP and BCAP therefore consider that the new targeting restrictions will appropriately limit children and young people’s exposure to cosmetic interventions advertising, and play a part in mitigating the potential wider body image related harms experienced by those age groups.

Building on these recent updates and in light of the complexities of this area of regulation, CAP and BCAP are now seeking evidence to improve their understanding of the following areas:

The call for evidence closes on Thursday 13 January 2022.