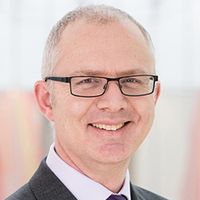 Last month, the Government confirmed that the normal minimum pension age (“NMPA”) would be increasing from the age of 55 to 57 on 6 April 2028. Exemptions apply - one of which is where the member has a protected pension age (effectively a transitional protection for certain individuals who would otherwise have been adversely affected).

No doubt there will be a certain amount of noise in the press and no doubt the change will be covered by member newsletters – a bit of bad news for some who were hoping to retire early.

When the last change to NMPA occurred in 2010 (when NMPA was raised from 50 to 55) it led to a number of members being persuaded to transfer their benefits to other arrangements on the promise that they could take those benefits from that other arrangement at an earlier age than under their existing scheme.   In many cases this was not true – those transferring were victims of scams (frauds), and ended up either losing all their pension (the scheme didn’t exist) or a substantial part of it when they tried to take their benefits early (they didn’t fall within the authorised payment regime so their benefits were taxed as unauthorised payments).

The change from 55 to 57 is another opportunity for the fraudsters to prey on those who can be persuaded that the grass is greener in another arrangement. As Nicola Parish, the Pension Regulator’s Executive Director of Frontline Regulation, said, the pension industry needs to commit to stopping this “scourge of scammers.”

The new amber and red flag warning system that trustees have to consider before transfers are made may well add another layer of protection for members, which is to be welcomed.  But it won’t protect everyone.  Some are bound to fall through the cracks.

Trustees need to get their messaging in first: where a member doesn’t benefit from a protected pension age in their existing scheme, they will not be able to benefit from more favourable treatment in another arrangement – the legislation simply doesn’t allow it.   The messaging must be clear and simple and given at regular intervals.

“The pension industry can continue to demonstrate its commitment to stopping the scourge of scammers by joining our pledge campaign” - Nicola Parish, TPR's Executive Director of Frontline Regulation.

Is there danger in politicising investment decisions?
Crispin Freeman

Talk to the PPF about re-certification
Crispin Freeman