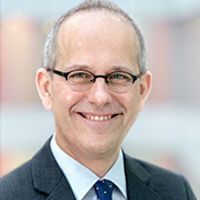 We have written before about concerns over the roll-out of the Environmental Land Management Scheme (ELMS) - that central plank to post BPS support on England. See: ELMS - slow progress?, Tom Hewitt (burges-salmon.com)

A sample of its conclusions reads:

1. The Department is over-optimistic about what it will be able to achieve by when, resulting in repeated delays and uncertainty over the delivery timetable for ELM.

2. We are not convinced that the Department sufficiently understands how its environmental and productivity ambitions will impact the food and farming sector over the next decade.

3. The Department is not doing enough to support farmers through the transition to the new schemes and alleviate any anxiety its plans are causing.

4. We are concerned that ELM will be too complex and bureaucratic, and will not cater for the full range of farm types and circumstances.

The National Audit Office reported in 2019 that Defra was developing ELMS (and its wider programme) too quickly and "...farmers will be unable to prepare in the way [Defra] needs". If the Public Accounts Committee conclusions are even half accurate, the position has only got worse in the last two years.

English farmers may be in for a rocky few years.

Farming and ecosystem services - not there yet?
Tom Hewitt