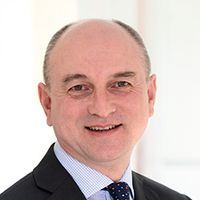 In an effort to achieve its net-zero targets the UK government has committed to end the sale of new petrol and diesel cars by 2030. Electric vehicles (“EVs”) are fundamental to achieving this target and the government has outlined that it will invest £1.3 billion to accelerate the rollout of charge points for EVs across the UK. While the need to decarbonise our transport systems is clear, concern exists that we are focusing on one problem while creating another.

The manufacture of lithium ion batteries faces significant challenge and can perhaps be seen as bellwether for construction which also needs to build its own circular economy principles.

This single use approach conflicts entirely with the circular economy plans presented by both the EU and the UK. The EU has stressed the need to “transition towards a regenerative growth model [circular economy] that gives back to the planet more than it takes” in its Circular Economy Action Plan that was published in March 2020. Alongside the EU, the UK has voiced its aims to move to a circular economy in its 25 Year Environment Plan.

What is a circular economy?

Most industrialised economies currently operate using a linear “take-make-consume and dispose” economy.  This is certainly true for most single use battery producers, and the discarding of batteries at the end of life can be particularly damaging to the environment because they end up in landfills where they decay and leak contributing to water and air pollution. A circular economy offers a different approach. Industries are being encouraged to shift to business models that are based on reusing resources and materials rather than allowing them to go to waste.

If industrialised economies are to transition away from single use business models to ones that value materials offering longevity and reusable qualities such a shift must be economically viable. This will only be possible if there are changes made throughout supply chains that can harness the power of recycling. Such an approach will only be adopted at scale if the circular economy is recognised as successful business strategy, not just a waste management or a design strategy.

How do industrialised economies transition to a circular economy?

Business models need to evolve to recognise the value of recycled products.

How could we benefit from a circular economy?

It could drive economic growth through the creation of new jobs linked to fields such as recycling, reuse, repair and remanufacturing.

There would be a reduced pressure on the environment while improving the security of the supply of raw materials.

Quality of life could be improved by reducing the amount of waste contaminating ecosystems.

While the potential benefits of a circular economy are clear, many of these benefits and opportunities are long-term, indirect and require significant investment; a long-term view is key, as are short-term incentives to drive the change.

Evidence of the circular economy emerging in the UK EV market

While there are currently no large-scale lithium-ion battery recycling facilities currently in the UK, that is due to change. Recycling giant and commodity trader Glencore has announced plans to build a plant designed to recycle lithium-ion batteries in Kent. The site, which is to use 100% renewable energy, has been repurposed from the UK’s largest coal power station, into re-use as a recycling facility – further demonstrating  evidence of the emerging circular economy.

The plant will initially process battery manufacturing scrap from a Britishvolt gigafactory, under a joint venture agreement. Copper, lithium, nickel and cobalt is to be recycled from the batteries to re-enter the EV supply chain. The International Energy Agency has estimated that EV battery recycling plants could be responsible for reducing the primary supply of such minerals by 10 percent by 2040.

Proposals such as Glencore’s lithium-ion battery recycling facility would not emerge unless the process was considered a finically viable one. There is hope that the announcement will continue growth across the recycling industry to develop a critical circular ecosystem needed within the EV market.

Burges Salmon bring depth of understanding of the construction and energy sectors and are currently working on related projects.

Greenpeace data also suggests that around 12.85 million tons of EV lithium-ion batteries will go offline between 2021 and 2030.

Redevelopment is a long game. Government property policy is too. Quick wins are difficult.
Marcus Harling

Is the new CCS Offsite Framework as innovative as it could be?
Marcus Harling