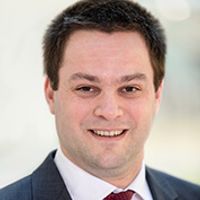 The Compulsory Purchase Association’s Annual Dinner last night was a great chance to catch up with the CPO world again.  It had that air of in-person events at the moment, everyone excited to see familiar 2D faces in real life, and to say hello to new contacts.

The Government’s new Levelling-up and Regeneration Bill was front and centre in a lot of conversations, and I thought I'd share my thoughts on some of the key parts relating to CPO, below.

The headline-grabber is the proposed amendment to section 226 of the Town and Country Planning Act 1990 (the TCPA CPO power).  A new sub-section 1B would clarify that ‘improvement’ includes regeneration. It is questionable whether this is really needed, as there are plenty of local authority CPOs under the TCPA which are progressed for regeneration purposes, and the existing reference to development, redevelopment and improvement would, in my view, be wide enough to capture regeneration.  However, it does at least make the position clear, and I expect the driver is to encourage local authorities to use the powers.  A cynic might say it sounds more empowering that it is.

Then we have the process amendments and clarifications.   On-line publicity will become required for the making and confirmation stage, for notifications and publications.  Clarification is also given as to what is deemed to be the final day for objections to be made - it will be the last day (or, confusingly, the day after the last day) of the 21 period, those 21 days starting after the notification and publicity requirements are expected to have been met.  There are replacement provisions about when a public inquiry must be held, and when it needn't be, and the automatic right for a landowner to elect for their objection be determined by way of inquiry has been curtailed.

One of the most important points is the new ability to confirm a CPO conditionally.  The CPO would not become operative until the acquiring authority applies to the confirming authority, within a specific time, and shows that the conditions have been met - those conditions being set when the CPO is confirmed. There is a new procedure around that conditions stage - the concept of a ‘fulfilment notice’ is introduced. This seems a positive move for acquiring authorities, as it allows CPOs to be progressed where there are still matters to be resolved, so for example scheme funding, or the securing of other consents or agreements needed to for a development.  One concern is what it means for affected parties - it is only going to increase the period and level of uncertainty.  An answer might lie in discretionary purchase arrangements, but will that happen with a scheme searching for funding?

There are proposals to increase flexibility over vesting.  The confirming authority will be able to allow a period longer than three years for implementation of a CPO.  The acquiring authority would also be able to agree with a landowner that their interest can vest later (i.e. vesting can be postponed). Whilst three years seems a long period, it soon goes (particularly with complicated schemes) and would allow schemes to be kept alive and for land to be utilised by landowners in the meantime.  Again, I feel there may be unintended consequences for the compensation process.

The Bill is in the very early stages, currently awaiting its second reading in the House of Commons. So there is a long way to go, and a wide range of amendments which could emerge as it goes through.