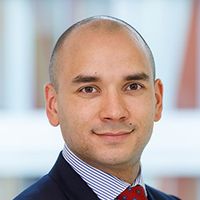 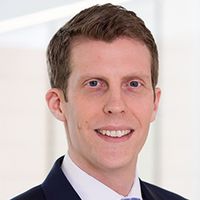 Previous indications by the Government that it would give local authorities the power to put empty high-street properties into mandatory rental auctions were not greeted with enthusiasm by landlords across the country.

The British Property Federation referred to the plans as a "political gimmick" and some thought that the proposals would never amount to more than a press release.

However, on 11 May 2022, the Government introduced the Levelling Up and Regeneration Bill (the “Bill”) in Parliament, which does indeed provide for the implementation of high-street rental auctions - see Sections 150-177.

The following is a summary of the rental auction process as proposed in the Bill.  (NB: the Bill is only draft legislation and it could be amended by Parliament, before it becomes binding law.)

Is the area a high-street or a town centre?

A property put up for rental auction must be within a "high-street" or "town centre" and be suitable for high-street use.

An area may be designated as a high-street or a town centre where it is considered important to the local economy because of a concentration of premises with "high-street uses" on the street or area in question (ss.150(a) & 150(b)).

High-street uses are limited to the following (s.151):

(b) use for the provision of services to persons who include visiting members of the public;

(c) use as a restaurant, bar, public house, café or other establishment selling food or drink for immediate consumption;

(d) use for public entertainment or recreation;

(e) use as a communal hall or meeting-place; and

(f) use for manufacturing or other industrial processes of a sort that can (in each case) reasonably be carried on in proximity to, and compatibly with, the preceding uses.

What other conditions need to be met?

The property must also be vacant in order to be put up for auction.

The local authority must also consider that the occupation of the premises for a suitable high-street use would be beneficial to the local economy, society or environment (the “local benefit condition”) (s.153).

Where a qualifying high-street premises fulfils the above conditions, the local authority may serve an “initial notice” on the landlord.

Once a notice has been served, the landlord cannot grant, or agree to grant, a tenancy or licence of the premises without the written consent of the local authority (s.155(1)).

Written consent must be granted by the local authority if the proposed tenancy is to commence within 8 weeks of the initial notice, has a term of at least 1 year and the proposed use of the premises will attract the regular presence of people (s.156(2)).

Any tenancy or licence that is granted without consent, would be void (s.155(5)). If no final notice is issued, then the initial notice will expire after 10 weeks (s.154(2)).

A “final letting notice” can be served on the landlord 8 weeks after service of the initial notice, if the property remains vacant.

Again, during this period, the landlord cannot grant, or agree to grant, a tenancy or licence of the premises without the written consent of the local authority (s.158(1)).

While a final letting notice is in force, the landlord cannot carry out any works to the premises without the written consent of the local authority, such consent not to be unreasonably withheld (s. 159).

The landlord can serve a counter-notice on the local authority against the final letting notice on any of the following grounds (Sch 15):

(a) the vacancy condition was not met;

(b) the premises are not suitable for the proposed high-street use;

(c) the local benefit condition was not met;

(d) the local authority failed to give consent to a tenancy where required to do so;

(e) the landlord intends to carry out substantial construction, demolition or reconstruction works and cannot do so without possession;

(f) the landlord intends to occupy the premises for business;

(g) the landlord intends to occupy the premises for its residence.

The local authority can arrange for a rental auction to be carried out if a final letting notice is in force and no tenancy has been granted (s.162).

The suitable "high-street use" must be specified by the local authority before the auction (see more on this below).

Any tenancy entered into pursuant to this process, is deemed to have obtained any necessary consents from superior landlords or mortgagees (s.167).

The tenancy must require the premises to be used wholly or mainly for the suitable high-street use identified by the local authority (s.165(3)).

The tenancy must include provisions relating to repairing obligations, the supply of utilities and insurance (Sch 16). In most cases, the Bill does not specify whether the relevant obligation should fall on the landlord or the tenant.

Any tenancy granted pursuant to the rental auction process is to be excluded from Sections 24 to 28 of the Landlord and Tenant Act 1954 (s.168).

The above is a brief summary of some of the key features of the high-street rental auction process, as set out in the Bill.

The proposals in the Bill represent a radical intervention in the commercial property market. However, even if the Bill passes through Parliament (i.e. in substantially the same form), it will only give local authorities the option to implement high-street auctions. Whether local authorities subsequently choose to avail themselves of the new powers is another matter.

If you have any queries in relation to the above, please get in touch and we will be happy to discuss this further with you.

Abi Kromer, a trainee solicitor in the Real Estate Disputes team, kindly assisted with the preparation of this note.

The Bill strengthens and adds to the tools that can be used to deliver regeneration and make good use of previously developed land. It will reinvigorate high streets by making changes to outdoor seating permanent and allowing local authorities to fill vacant commercial property, such as shops, through high street rental auctions.