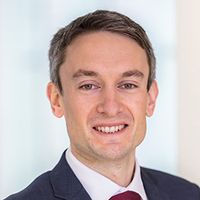 The National Audit Office published its report on the energy supplier market on 14 June 2022. The report is worth reading for those with an interest in the market – it contains a thorough and comprehensive summary of the market and looks at how things currently stand and also how we arrived at this point. Its publishing is also timely, given the rate of supplier failures has slowed somewhat since the flurry which occurred during 2021.

The report sets out (with the use of some helpful graphics) some key facts and figures, focussing particularly on the recent spate of supplier failures. These include the following:

In terms of legal points raised, the report also reminds us that Ofgem has applied to court for a determination as to whether it and SOLRs can claim in the administrations of failed suppliers to try and mitigate the ultimate cost of these failures which will be borne by customers. The relevant points being considered are:

So, whilst a ruling in Ofgem’s and the SOLRs’ favour here may not lead to a huge cost saving for consumers, the outcome is nevertheless keenly awaited.

The report also looks at Ofgem’s role as regulator and analyses what things it could have done differently to mitigate some of the issues which the market has experienced to date. It also summarises the changes being considered by Ofgem to enhance its financial monitoring of suppliers and to reform the existing regulatory framework for suppliers (see paragraphs 3.11 – 3.14 of the report).

The report’s findings include the following:

Ultimately though, the report does recognise the challenge which Ofgem has in regulating the market so that it can overcome the short-term challenges presented by the current volatility of the wholesale market but also increase competition and facilitate net zero. It is also having to reassess its role and the nature of the regulation of the market at a time when it is firmly in the spotlight, due to the recent press attention the supplier failures have gained and also the cost of living crisis more generally.

So, how Ofgem overcomes these challenges will be very interesting to see, and it’s clear that it (and the market) could look very different in a few years’ time.

Ofgem, along with the Department, must also ensure the supplier market recovers from its current state, where high wholesale prices combined with the price cap has stifled some aspects of competition, and where ongoing volatility means many suppliers still face financial risks. But this recovery needs to facilitate a longer‑term transition of the supplier market to one that truly works for consumers and supports the achievement of net zero.