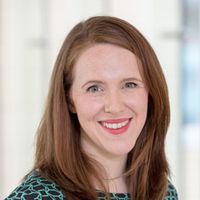 The financial position of a company is only one consideration which is taken into account at sentencing hearings for breaches of Health and Safety ("H&S") laws and may not be enough to stave off a potentially substantial fine.

As companies come under increasing economic pressure, some may start to look at where savings can be made. However, H&S is not one of the areas to cut back on, especially as any fractional short term savings could be dwarfed by criminal H&S fines (with other possible criminal sanctions too) which cannot be mitigated by insurance.

What about struggling companies?

When a company enters administration, there is usually an uphill struggle for existing creditors to recoup money. However, in two H&S prosecutions this year companies in administration had fines ordered against them despite the judges recognising that the fines would most likely remain unpaid.

In 2016, an agency worker fell to his death from a 25 foot high crane. Despite denying liability throughout and being unrepresented in any of the hearings, the company was found guilty and fined £1.5 million for breach of section 3 of the Health and Safety at Work etc Act 1974.  At sentencing, the Judge was aware that the company had already entered into administration. However, he believed it was important to impose an appropriate fine even though he accepted there was no likelihood of the fine ever being paid.

Also in 2016, there was an incident where an employee was instructed to clean a tanker containing pig feed. Due to the level of CO2 in the unventilated confined space, he quickly lost consciousness. A further employee entered the tanker to assist the first but he also quickly succumbed to the level of CO2. Both employees died at the scene.

The police investigation determined that the employer had no adequate health and safety procedures in place and no suitable risk assessment had been undertaken for the cleaning of the tankers. Following a six week trial in 2022, the company was convicted on two counts of corporate manslaughter and fined £2 million despite entering administration in 2020.

Why does it matter?

These cases underline not only the importance of complying with H&S laws but also the attitude of the Courts to sentencing despite the current economic outlook. Administrators of insolvent companies facing H&S criminal proceedings should be aware that the financial position of the company won't necessarily stop a fine coming its way.