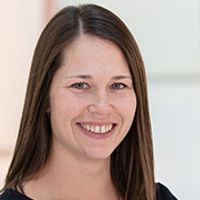 Yesterday saw the introduction of the new scale-up visa, under the points-based immigration system, which allows certain high-growth companies in the UK to recruit and sponsor highly skilled individuals.

Unlike many of the other new or updated immigration routes introduced earlier this year, the scale-up visa can ultimately lead to settlement (i.e. a permanent right for the individual to live and work in the UK, without restriction). This potentially makes it quite attractive for eligible employers looking to secure talent with the skillsets needed to keep growing their business and for individuals with plans to remain in the UK longer term.

Who can be a UK scale-up sponsor?

In order to recruit someone under the new scale-up route, companies will need to hold a sponsor licence for the scale-up route. In particular, the company needs to:

What are the requirements for individual applicants?

As with all routes under the points-based system, in order to be eligible for a scale-up visa, the applicant must meet certain minimum salary and skill requirements. For a scale-up visa, the role must offer a salary of at least £33,000 per year and £10.10 per hour or the going rate for the role (whichever is higher), and must be skilled to at least RQF Level 6 (equivalent to degree level).  It is worth noting that both the salary and skill thresholds under the scale-up route are higher than those under the skilled worker route. As with other sponsored routes, the individual also needs to satisfy the usual English language requirement and show that they have a certain level of personal funds or financial support from their sponsoring employer.

Scale-up visas are issued for an initial two-year period. However, unlike other sponsored routes (which require the individual to be sponsored throughout the duration of the visa), the scale-up visa only requires the individual to be sponsored for the first six months.  This means the individual can leave their initial scale-up sponsoring employer after the first six months, without it affecting their immigration status. In comparison, under the skilled worker route the employee’s immigration status is tied to their sponsoring employer unless or until they qualify for a different form of visa, are sponsored by a new employer or qualify for settlement.

Why use the scale-up route?

There appear to be a couple of key advantages to the scale-up route:

Having said that, there are some potential disadvantages that a company will want to consider before opting for this route. While the scale-up route may initially seem like an attractive option for companies looking to bring in highly skilled talent, the unique level of flexibility offered by the unsponsored aspects of the scale-up route may also be a cause of concern for employers. Employers may be wary of the individual’s ability under this route to quite quickly leave their employment without it impacting on their immigration permission.

It remains to be seen how popular the scale-up route will be, and whether eligible employers will instead prefer to continue relying on the well-established skilled worker route.