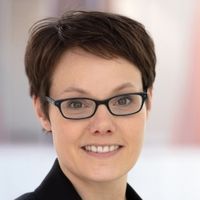 The drive to DB consolidation: review of options

Speaking on a Lang Cat Podcat aired on 30 August, (now former) Pensions Minister Guy Opperman said that when he looks back on his time in the role, he personally believes he has been “too timid” on consolidation. He confirmed he had been targeting the launch of a new consultation on 1 November on achieving “value for money” in the defined contribution space. Costs and charges would no longer be the sole driving force in value for money tests, which, according to Mr Opperman, will be the way to “force consolidation”.

Whilst much of Mr Opperman’s focus has been on DC consolidation, since the DWP’s consultation on consolidation of DB schemes in December 2018, we have also seen increased interest in commercial DB consolidation vehicles (as opposed to the consolidation of separate schemes sponsored by employers within the same corporate group). So, what are the options for sponsors and trustees of DB schemes considering an alternative to the traditional buy-out of all scheme liabilities with an insurer and how do these options compare and contrast?

We are all familiar with the DC master trust introduced by the Pension Schemes Act 2017. However, we are now seeing an increasing number of players in the DB master trusts market, including Punter Southall-owned Stoneport, Mercer and TPT. Earlier this year, XPS launched its DB master trust offering in partnership with Abrdn, targeting small and medium-sized DB schemes. All of these are all well-respected providers with significant experience and knowledge of DB pensions.

A master trust is a trust-based occupational pension scheme managed by a board of professional independent trustees. On transfer to a master trust, all the assets and liabilities of the ceding scheme transfer to a (usually fully segregated) section, with the sponsoring employer admitted as a participating employer of the scheme, remaining ultimately liable for funding their section of the scheme.

The primary advantages to the employer of the transfer are the economies of scale provided by a large commercial arrangement, and (potentially) improved governance from a board of experienced professional trustees responsible for the management of the master trust as a whole. For the ceding trustees, once all assets and liabilities are transferred, in the same way as a buy-out with a third party insurer, they will be discharged from liability in respect of the scheme, and the ceding trust can be terminated and wound up.

In contrast, DB superfunds offer employers a clean break from their liability to fund the scheme, at a lower cost than a traditional buy-out. So far, Clara Pensions has gained approval of its arrangement from the Pensions Regulator (“TPR”), with the Pensions Super Fund (“PSF”) working towards authorisation.

Their offerings differ, with Clara positioning itself as a “bridge to buy-out” via a fully sectionalised scheme, and PSF taking on schemes into a non-sectionalised arrangement with a view to funding benefits as they fall due and for the duration of their payment. In both cases, the funds operate by way of a trust arrangement with the sponsoring employer’s covenant being replaced by a special purpose vehicle offering funding support through a capital buffer. Again, in both cases, the ceding trustee will be discharged from liability for the transferring benefits and can proceed to wind up the (now empty) ceding scheme.

In its June 2020 DB Superfunds Guidance, TPR notes that, as it involves employer severance, a transfer to a superfund will be a “Type A” notifiable event requiring clearance before the transfer can proceed. A key TPR aim when granting clearance will be to hold a high degree of confidence that replacing the employer covenant with the capital buffer will not detrimentally affect the security of member benefits in each case.

The guidance aims to minimise certain risks identified by TPR whilst allowing for some degree of innovation in the market. It sets out in detail the standards a superfund must demonstrate before TPR gives its approval, pending the development of an appropriate statutory framework governing this emerging model. Notably, these standards include a prohibition on the return of capital to investors from the capital buffer or pension scheme unless scheme benefits are first bought out in full with an insurer. According to TPR, “this will help to ensure that the incentives for those running superfunds are aligned with members and to limit the potential for excessive risk-taking”. These standards were set to be reviewed within three years of the date of the guidance (so, by June 2023), with the review being informed by experience gained during the intervening period.

This recent survey by Professional Pensions found that a significant majority of respondents (approximately 75%) expected the first superfund transaction to complete within the next 12 months, with Clara’s chief commercial officer Dan Adams quoted as saying that Clara is "moving forward on a number of transactions with interested parties”.

It’s possible that there will not be enough experience of transactions by June 2023 for TPR to change its position on return of capital. The industry is keen to hear news of completed transactions with Clara, as well as any update on the progress of discussions between PSF and TPR. If you’d like to understand more about the options for DB consolidation, feel free to drop me a line, or get in touch with your usual contact in the Burges Salmon Pensions team.