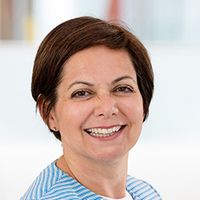 It's been a while since we've had to grapple with any significant new employment laws in the UK. Sure there have been several major cases to get to grips with but new legislation has been thin on the ground. But the tumbleweed may just have stopped rolling as recent government announcements, if they come to fruition, may change the employment law landscape completely.

The most significant of these announcements in real terms (and this stretches beyond employment law of course) is the promised revocation of all EU-retained law. Swathes of our employment legislation is derived from the EU -  the right to paid holiday, the 48 hour week, collective consultation obligations in large-scale redundancies, the Transfer of Undertaking Regulations, various protections for part-time employees and fixed-term and agency workers, the right to parental leave. The list goes on - and on.

Some of these rights are so firmly embedded it seems unlikely that they will go completely (and of course to complete this exercise before the next general election will be challenging) but might we see, for example, a relaxation of the applicable rules for smaller employers  (which now include bigger employers of up to 499 employees following a press release on 2 October)?

Aside from the revocation of EU laws, we have also been told to expect the repeal of the reforms to the IR35 regulations, significant changes to industrial action legislation making it more difficult for trade unions to call lawful strikes, a mooted removal of rights for higher paid workers as well as possible changes to the immigration system.

To what extent any of these proposed reforms will see the light of day remains to be seen - time and political will may impact. But right now there is a lot to digest. You can read about the proposals for change and our thoughts on the implications for employers in our briefing.

The proposals as they stand currently are radical and there is likely to be more to come.