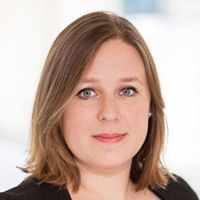 The Sunak administration has (re)confirmed commitment to the proposal to remove s21 "no fault" tenancy termination.  Perhaps that shouldn't come as a surprise - the proposal, originally announced by the May administration, further committed to and developed under Johnson and even (aside from a short 24 hour "blip") largely committed to by the short-term Truss administration.As the linked video demonstrates, some form of change is needed.

As one potential answer to the lack of security currently faced by the majority of residential tenants, removal of s21 "no fault" tenancy termination has been on the cards for years now, with a detailed consultation conducted in 2019, manifesto commitments and a specific Queen's speech reference in 2022.  Hailed by proponents as "a generational shift that will redress the balance between landlords and 4.4 million private rented tenants" the proposed changes have attracted relatively little coverage for a change that is, genuinely, very significant. If seen through, the changes would swing further towards tenant protection than at any point since 28 February 1997, and arguably you need to go back to the late 80s for a true comparison.

The changes proposed would provide longer term security of tenure to tenants, would bring England closer to Wales in terms of the requirement for a register of landlords and would mean tenancies could only be terminated on the basis of a number of specific reasons.  That would be less flexible for landlords, but the promised accompanying improvements to court process would undoubtedly be welcome.

However, there is a question as to whether this is the most appropriate approach now, with housing stocks in crisis, is the best route.  Smaller private landlords in particular may choose to exist the sector entirely if the changes proceed.  But what else could be done? The Welsh changes (coming into force on 1 December, to be covered in a separate blog post shortly) provide a model of one potential alternative option, with Scotland (with a rent and eviction freeze now running through to the end of March 2023) modelling another.  A knotty question with no easy answers, but much needed recognition that the current situation is unsettling for tenants and not reassuring for landlords either.

Are automatic agri-robots like FarmDroid part of the answer to farming net zero? Or to the huge rise in herbicide price crises? Maybe both...
Maddie Dunn

Does the Agriculture Bill do enough to support agroecological farming and food production? Does it support the right people?
Maddie Dunn