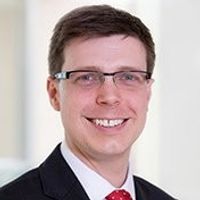 The estimated £1billion cost of replicating the EU's database of industry-generated data on chemicals in the UK has long been criticised by industry as a waste of money and a source of supply chain disruptions leading to a potential lack of access to chemicals.  For many years, industry has argued that the sensible answer is access to the existing EU database held by the European Chemicals Agency, but as we have pointed out in previous blogs, the EU has always been against such 'cherry-picking' and the politics has been stacked against such a solution.

Now, just six weeks into the independent UK REACH regime for the GB market, 25 industry associations and downstream user groups have written to propose a change from the EU approach of registration data for every substance, and have proposed instead a lighter touch system where only chemicals of greater concern would need a full registration.

This might sound like sensible prioritisation in economically difficult times (and that may indeed be the case), but this is not a straightforward request for ministers to grant.  It was the shift from the targeting of problem chemicals to the mandatory registration of all chemicals that made REACH such a radical legislative measure in the first place: adopting a risk-based approach in the UK is likely to result in EU officials reaching for the provisions on level-playing fields in the EU-UK Trade and Cooperation Agreement.  Will ministers risk a trade dispute over chemicals regulation?  Further, such a radical departure from EU REACH would require primary legislation within Parliament.  The Environment Bill provides an option here, but the version that is currently before Parliament promises to retain the "fundamental principles" of REACH - including mandatory registration of all substances - while allowing flexibility on the "how".  The more radical changes requested by industry would be seen by many, including the environmental NGOs, as a U-turn on existing promises.

This request from industry, driven by a very real concern about increased financial burdens arising from a Brexit that most in the chemicals industry did not want, in a time of difficult economic conditions for the UK manufacturing industries dependent on a supply of affordable chemicals, shines a spotlight one of the key questions of 2021:  how much freedom does the independent UK really have, and how will it exercise that freedom?

Does the UK need a new Chemicals Agency?
Simon Tilling

Secretary of State for the Environment: UK REACH to have "great similarities" - but not alignment - with EU REACH
Simon Tilling
Recent posts from Burges Salmon blog