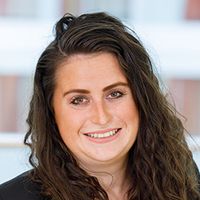 In this guest blog, another in our series on heritage planning decisions, my colleagues Olivia Heininger and Danny Whittle share their thoughts on a recent appeal decision which considers the complex issue of development within the curtilage of a listed building.

A recent appeal decision relating to Swanland Hall and its Hall Cottage (reference APP/E2001/W/20/3260961) has caught our eye in respect of the Inspector’s decision on the facts. Although this was an application of the existing case law and does not establish any new legal principles, it was an interesting analysis of the facts and highlights the difficulties with considering a common issue affecting development of historic buildings and the area which surrounds them.

Swanland Hall is a mid to late 18th century country residence built by wealthy merchant traders. It consists of a large main house with ancillary buildings and was listed in 1980. One of these buildings, Hall Cottage, was the subject of an appeal by Planet Igloo Ltd after East Riding of Yorkshire Council refused an application for conversion of the Cottage to residential use incorporating demolition of part of the cottage and erection of two additional units.

Where a building is within the curtilage of a listed building, it can be protected as a heritage asset by virtue of being in the curtilage, even if it is not part of the list entry description. Any changes which affect its character as a building of special architectural or historic interest would therefore require listed building consent, and the heritage aspects of the application will come into the planning balance when making a decision on any planning application.

The Inspector applied the three factors which should be taken into account when deciding whether a building is within the curtilage of a listed building:

Physical layout of the listed and ancillary buildings;

Ownership of the two buildings both historically and at the date of listing; and

Use and function of the ancillary building both historically and at the date of listing.

The buildings were under the same ownership both historically and at the time of the listing. In fact the Cottage was used to house a person who had cared for the last owner of the Hall until their death in 1980.

This decision is an important reminder of the factual and contextual sensitivities of applying this area of heritage law. It will often be necessary to look back well beyond the listing date and to consider a wide range of information to understand the links between a listed building and the land which surrounds it. Indeed, the list description is not sufficient of itself to determine whether a structure is within the curtilage of a listed building, which the Inspector acknowledged in his decision. There are often unique factors to consider, such as the connection here with the carer.

Furthermore, even if a building or structure is not protected due to being within the curtilage of a listed building, there may still be other issues in play, such as impacts on the setting of the listed building.

This decision is a good example of the complexities and intricacies of heritage planning, and it is important to get the right advice early in the process if you are considering developing listed buildings or nearby land.

There is also a theme consistent with our previous blog on the Whitechapel Bell Foundry decision in which we highlighted that developers should be encouraged to consider the sensitive reuse of historic buildings. In the Swanland Hall decision, the Inspector acknowledged that the Council would likely have been receptive to the redevelopment of the Cottage. However, proposals affecting heritage assets must be carefully considered and sensitive to context.

Please feel free to contact Olivia Heininger or Daniel Whittle in our Planning and Compulsory Purchase team if you have any queries concerning heritage planning issues.