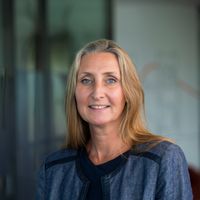 On COP27’s Science, Youth and Future Generations Day, it is apt to consider the role science is playing in how climate change is understood and responded and adapted to, particularly with science-based targets and innovative solutions.

At Burges Salmon we have determined our own science-based targets and reduction pathway. We are also working with a spectrum of clients in the transition to a low carbon economy and for the adaptation to, and mitigation of, climate change.

Science-based targets work on the principle that the globe has a carbon budget and that we can all make a proportional effort, to reduce our carbon emissions, to avoid the worst effects of climate change.

They are called science-based, as they make reference to climate science: in terms of how the climate has been warming; the escalation of climate-related events; forecasts of future scenarios based upon different temperature trajectories; and methodology which predicts how certain industry sectors will decarbonise.

Science-based targets are determined in line with the so called ‘Paris Agreement’, whereby to tackle climate change and its negative impacts, world leaders at the UN Climate Change Conference (COP21 in Paris) reached the historic Paris Agreement in December 2015. The Agreement sets long-term goals to substantially reduce global greenhouse gas emissions to limit the global temperature increase this century to 2°C, whilst pursuing efforts to limit the increase even further to 1.5°C, above pre-industrial temperatures.

In 2018, the Intergovernmental Panel on Climate Change warned that global warming must not exceed 1.5°C to avoid the catastrophic impacts of climate change. To achieve this, it is largely understood that emissions must halve by 2030. Burges Salmon has therefore set science-based targets informed by a 1.5°C pathway.

Increasingly other organisations and businesses, are determining science-based targets and similarly to Burges Salmon, are having them formally approved by the Science Based Targets Initiative. This is a positive development as everyone needs to be on board to achieve the 1.5°C scenario and even the 2°C scenario. As of yet, the world is not on track.

Science is also driving climate solutions. It’s fundamental to key areas of innovation and deployment: with climate modelling and forecasting to protect human life and physical assets; understanding carbon cycles and sinks; digital technology to optimise lower carbon solutions; battery use and development; novel heating and cooling systems; hydrogen energy for heat and transport; carbon capture and storage; land use and the global food system; energy efficiency in the built environment; as well as health and nature-based solutions. It is exactly these types of projects and developments that the Burges Salmon Net Zero Legal Team is working on with clients, who are implementing and developing such solutions.

There is undeniably a climate crisis, which is a heavy burden for the younger generation, but they can be inspired and enthused by reflecting on the advancement of mankind throughout the ages and the substantive innovations and achievements of the modern age. We are perhaps now, on the verge of the climate revolution, finding solutions to the climate legacy of the industrial revolution, and whereby science is key.

Ensuring that the voice of Youth and Future Generations is heard loud and clear is one of the objectives of the CoP27 Presidency.