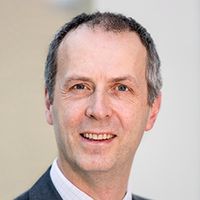 The Common Reporting Standard (CRS) has clearly made an important contribution in tax transparency and is to be welcomed.

However, the claims that CRS has uncovered EUR10 trillion of <u>previously hidden</u> offshore assets needs to be taken with a pinch of salt.

Later in the OECD report, it is claimed that additional tax revenues of EUR100billion have been generated since 2017.

This is an impressive number, but a bit of back-of-envelope maths suggests:

EUR10 trillion assets, producing say 5% yield over 3 years since 2017 would yield about EUR 1.5 trillion of revenues.

If one assumes that the EUR100billion actually raised is probably half tax and half interest and penalties, then the total undeclared tax uncovered looks to be only EUR50/600 = 8%.  And this ignores other taxes (such as wealth and inheritance tax) and asset-based penalties.

Or, putting it the other way around, perhaps around 92% of the EUR10 trillion was known about to national governments anyway.  This is consistent with the  insights of behavioural economists who suggest that 90% of the population comply fully with their tax obligations anyway.

What I can't immediately find from the OECD report are the additional compliance costs which CRS has imposed upon banks, other institutions and the otherwise compliant.

OECD uncovers 10 trillion of offshore assets 30/06/2020 - The international community continues making tremendous progress in the fight against offshore tax evasion, as implementation of innovative transparency standards by the Global Forum on Transparency and Exchange of Information for Tax Purposes moves countries ever closer to the goal of eradicating banking secrecy for tax purposes. Nearly 100 countries carried out automatic exchange of information in 2019, enabling their tax authorities to obtain data on 84 million financial accounts held offshore by their residents, covering total assets of EUR 10 trillion. “The discovery of previously hidden accounts thanks to automatic exchange of information has and will lead to billions in additional tax revenues,” Mr Gurría said. “The tremendous achievements of our tax transparency work prove that when we work together, we all win. International co-operation is a condition for success.”

No they don't. The €10 trillion OECD figure covers all cross-border exchanges. The word "offshore" is being used (admittedly confusingly) to mean "in another country". https://t.co/w0TfoXSXVC

💬 “Countries are going to raise much needed #revenue, especially critical now in light of the current #COVID19 crisis, while moving closer to a world where there is nowhere left to hide.”

Is a country whose tax year is based upon the Annunciation ready to Make Tax Digital?
John Barnett