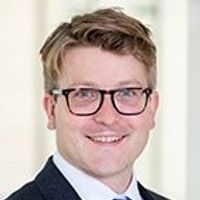 UK Government has been ramping up its 'Time is running out' media campaign in recent days. The purpose of the campaign is to encourage preparation for the changes that will be required when doing business in the UK from 1 January 2021, as a direct consequence of the UK leaving the EU Single Market and Customs Union. The focus of the campaign are those issues that need to be addressed irrespective of the outcome of the EU/UK trade negotiations.

While the messaging remains clear that there will be no extension to the formal EU/UK 'transitional period', which comes to an end at 11pm UK-time on 31 December 2020, Government has been keen to reassure product manufacturers and suppliers that further transitional arrangements have been provided to prevent 'cliff edges' and to maintain the status quo in relation to product compliance (so far as possible).

One such example is the CE mark, the harmonised 'Conformité Européenne' declaration made by manufacturers that their products meet the required EU standards for health, safety, and environmental protection. From 1 January 2021, the UK will introduce its own 'UKCA' mark for goods placed on the market in Great Britain (England, Wales and Scotland). However, further transitional arrangements are in place such that the current (EU) CE mark can largely still be used on new products until 1 January 2022 (to prevent the dreaded 'cliff edge'). The legal justification for the continued use of the CE mark in GB is that (in the Government's own words) "the technical requirements – and the conformity assessment processes and standards that can be used to demonstrate conformity – will be largely the same as they are now."

This does not mean that significant action is not still required before 1 January 2021. Applying the same 'technical requirements' in two parallel markets (the EU market and the GB market) can create some unexpected outcomes. For example, many of the specific product regimes covered by CE marking require that 'importers' are identified on the product, and that those 'importers' are 'established' in the (relevant) market. For those manufacturing in the EU, and those importing products from outside the EU into other EU member states before moving them to GB for distribution, this will likely mean that changes are required to product labels to maintain compliance. As the legislation is (currently) drafted, this obligation does not appear to be covered by a further transitional period to mirror that which applies to the use of the CE mark itself.

Action is required now to ensure compliance. Time certainly is running out.