The PRA has published its final policy statement concerning temporary, long-term absences of senior managers under the Senior Managers and Certification Regime ('SMCR'). The policy statement clarifies the Regulator’s expectations on when it is to be notified of leaves of absence for individuals performing senior management functions ('SMF'). The PRA’s approach will be consistent with the FCA’s, following a joint consultation.

With effect from 2 June 2021, regulated firms will be required to notify their applicable regulator (using Form D) when an individual is on leave for more than 12 weeks (whether due to family leave or some other reason). The regulators will not expect notification where the leave is shorter than 12 weeks. The regulators will not expect firms to seek re-approval for that individual to perform their role on their return but will expect to be notified using Form D that the individual has returned work.

Firms may wish to appoint someone else to perform the role during the individual’s absence (and may be required to do so if the individual performs a required function). The interim appointee may need to be approved by the regulator (subject to the “12-week rule” which can allow an individual to temporarily perform a SMF without approval for up to 12 weeks).

The FCA and PRA are taking a consistent approach, having jointly consulted on the matter in December 2020. The PRA Rulebook has been amended to reflect the changes, alongside updated supervisory statements SS28/15 and SS35/15. Form D has also been amended to allow for notification of absence. For FCA regulated firms, the FCA Handbook has also been updated via Handbook Notice 88. 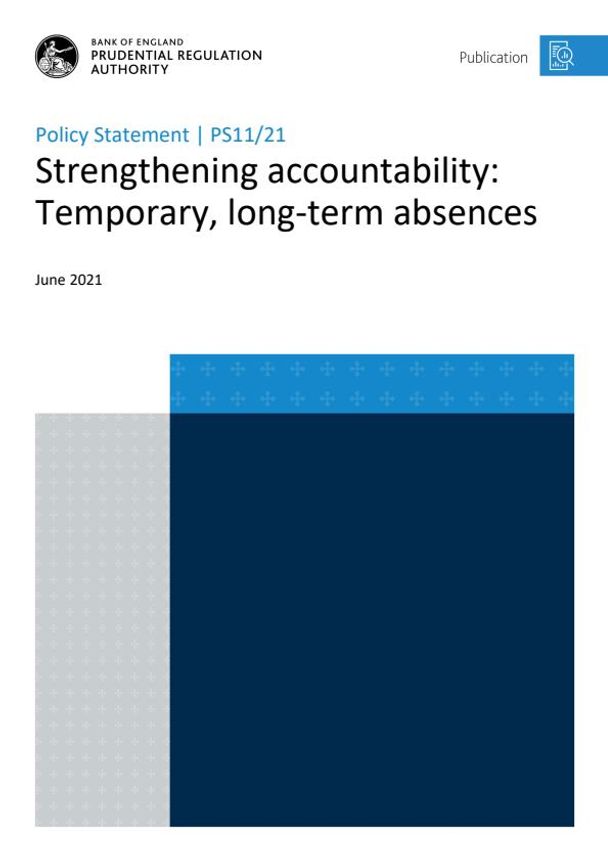